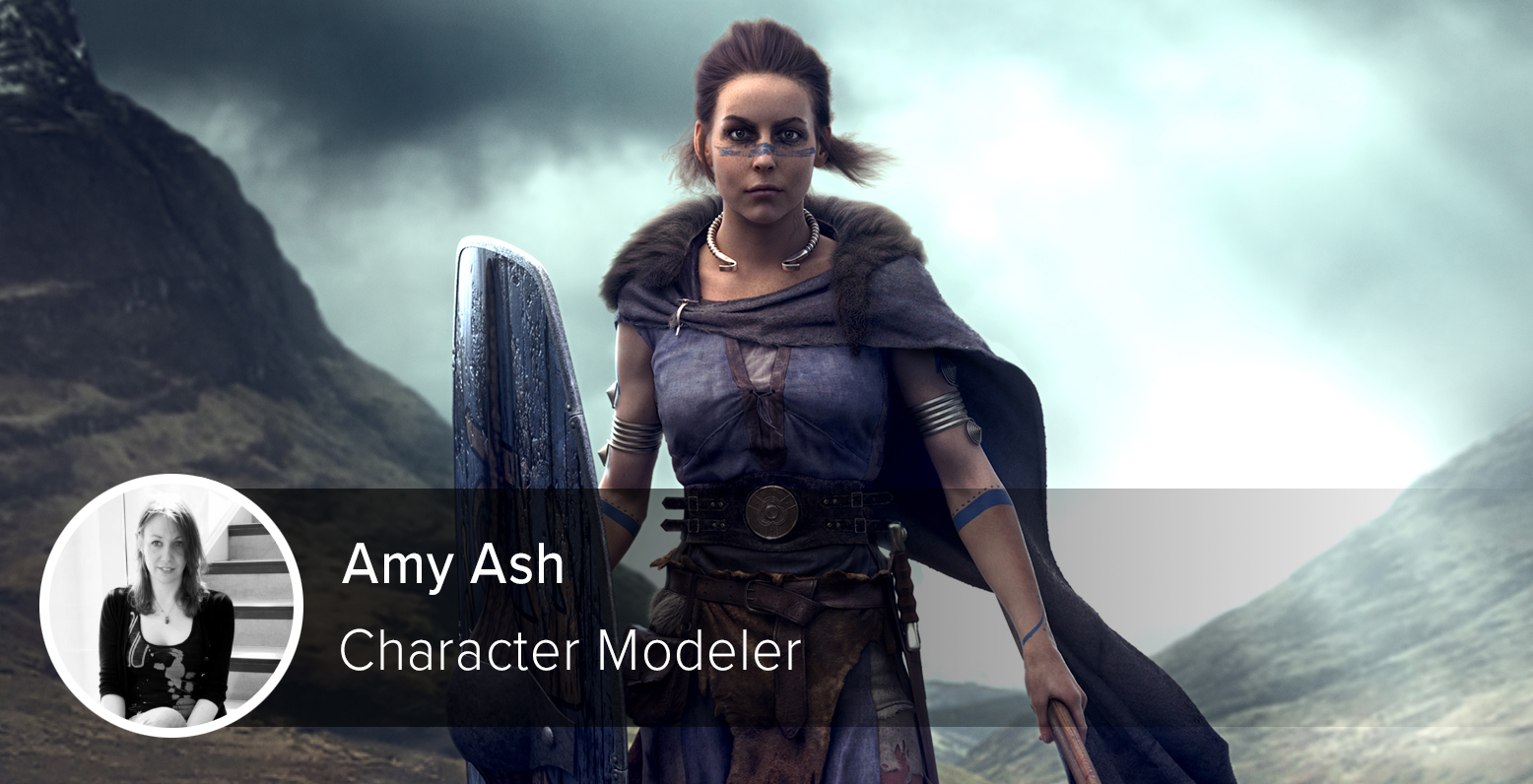 Artella: Tell us a little bit about your background as you do a lot of disciplines really well.

Amy: I’ve spent most of my career working in fairly small teams with varied work, where the ability to do lots of different things is extremely valuable and necessary. A lot of the work I did early in my career was illustrations for advertising and video games, and with those jobs you’d often be expected to be able to take something from start to finish, all the way from modelling, texturing and lighting through to retouching and post work in Photoshop. From there I simply learnt new skills or software as and when required; if a character needed fur, there was no groom department so I’d just do it myself and figure out the software on the job. I eventually ended up working on children’s TV shows for several years and I used that time to hone my animation skills, before going freelance for a short while. I then took a job as Lead Artist at a newly launched studio called Flipbook in Manchester, which really required me to be even more versatile. I’d do concept artwork and storyboards for pitches, character modelling and animation, lighting and rendering and pretty much most things in between. I always drew the line at VFX sims and compositing though, as I am just not quite technically minded enough for the former and the latter was covered by people with a lot of skill in the area. You can’t be good at everything!

Artella: Of all the disciplines you tackle, which is your favorite and why?

Amy: Definitely without a doubt that would be character and creature modeling. I’ve always been more interested in people and animals than machinery and buildings, and there’s so much variety in styles and types of characters and creatures that it never gets dull. People alone are so fascinating and varied; a character’s appearance, clothes, accessories can all tell a story about who they are. And of course, it’s a real challenge, as you need to have a good knowledge not only of anatomy but also how clothes are constructed and where they bend and fold, how human hair behaves, how to create convincing skin textures and generate correct topology for animation and above all how to give the model life. On top of all that I love working in Zbrush and the creative freedom it gives artists.

Artella: How did you go from student to professional?

Amy: I went to college at Blackpool and the Fylde College in the north of England. Blackpool is a crazy and uniquely British seaside resort town and not the first place that jumps to mind when you think of CG animation, but twenty years ago there were a lot of talented people coming out of that place. I attended as the college was starting to lose it’s industry links and the two illustration courses were in decline, and in all truth I probably did the wrong course, choosing Natural History Illustration, which was all about traditional media, rather than the more popular Technical Illustration course downstairs. But it gave us a link to graduates who had gone on to set up their own studios, and in my second year I sent off my work to Studio Liddell and subsequently started doing bits of freelance illustration for them. That gave me the push to switch entirely from watercolours to photoshop, so when RealtimeUK, another studio started by Blackpool graduates, went back there to look for new recruits and needed someone with artistic skill for illustration, retouching and texture work my portfolio fit the bill and they offered me a job. 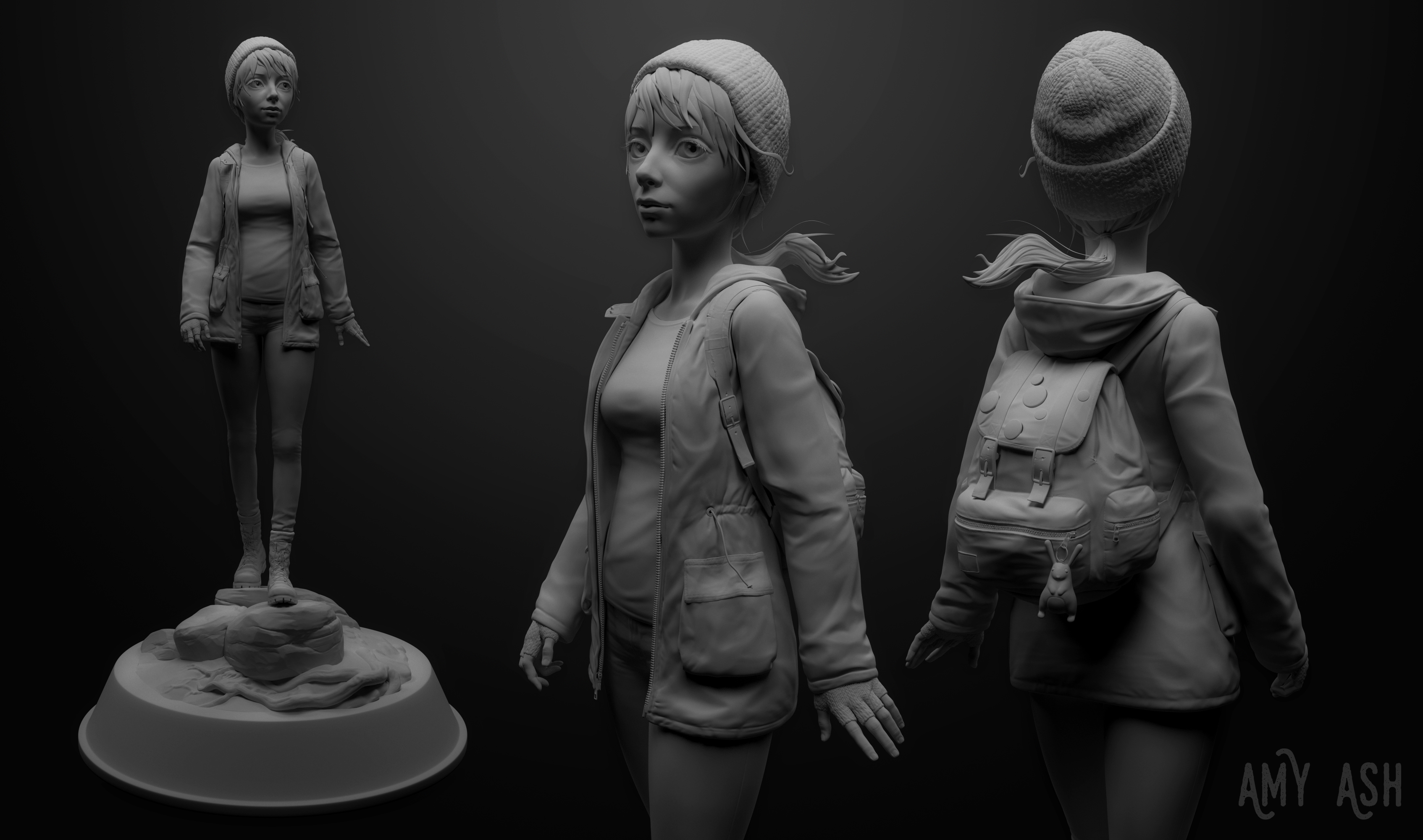 Artella: What has been your biggest obstacle professionally?

Amy: Without a doubt my biggest obstacle has always been my confidence. I’ve never really had that self belief that some people have that pushes them to take risks and climb the career ladder and I think at times it’s meant that I’ve stayed at studios for too long, convinced that I wasn’t good enough to go further. It has been a real challenge to identify those times when a lack of confidence has held me back but being brutally honest with myself and recognizing the impact it’s had on my career has enabled me to be super vigilant not to let it happen again. At the beginning of this year I went freelance, and a big part of that decision was a determination to get myself out of my safe little comfort zone and push myself and my career as far as I can go. I still have that voice in the back of my head at all times and I think that fear can be useful but it’s important not to give in to it.

Artella: If there was one thing you would tell your younger self now when you were starting out what would it be?

Amy: I think one particular feature of my career is that in several jobs, despite working with some excellent artists, I’ve been either the only person or the most senior person doing character modelling, or zbrush sculpting, and I feel like I missed out on being mentored by a better character artist. So I’d tell my younger self to stop fearing failure and try and surround myself with as many awesome character artists as I could. For me there was always that fear that if I worked with the best I’d be out of my depth, but the truth is that being amongst brilliant people helps push you forward much quicker. 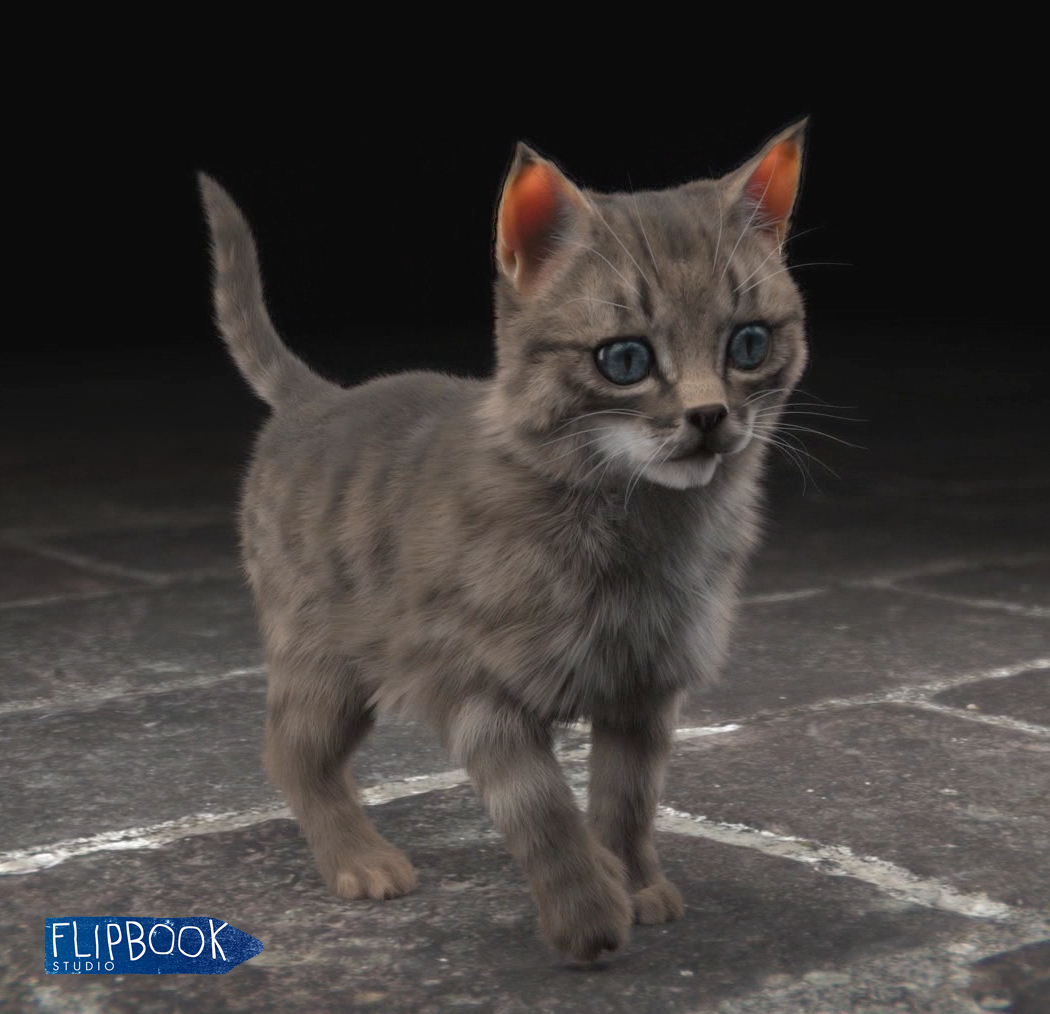 Artella: What things do you do to stay inspired and fresh creatively?

Amy: I think for me, I just try to take in as much as I can. I love films and video games, from blockbusters and triple A titles to short films and indie games, and I love the craft surrounding those, so I’ll often spend hours looking at the character sculpts or concept artwork for Naughty Dog’s latest game, or browsing through the work people post on Artella or Artstation. Looking at the personal work of professional artists is always good for inspiration as well, when you can see images created entirely to the artist’s vision without the constraints of deadlines or client demands. I think my move into freelancing has been really inspiring for me as well. I just finished a lovely project in London that had a really great crew on it, full of freelancers from all backgrounds and it was amazing to see the work that was being generated every day. Moving from studio to studio constantly exposes you to new ideas and ways of doing things and I’m trying to take as much on board as possible. I also rent a desk for whenever I do remote or personal work at a studio in Manchester full of freelancers all working on different things simply because I felt the need to be surrounded by creativity rather than sat alone at home. Aside from that, I try to sketch as much as I can, and I’m doing my best to create time and space for personal projects. 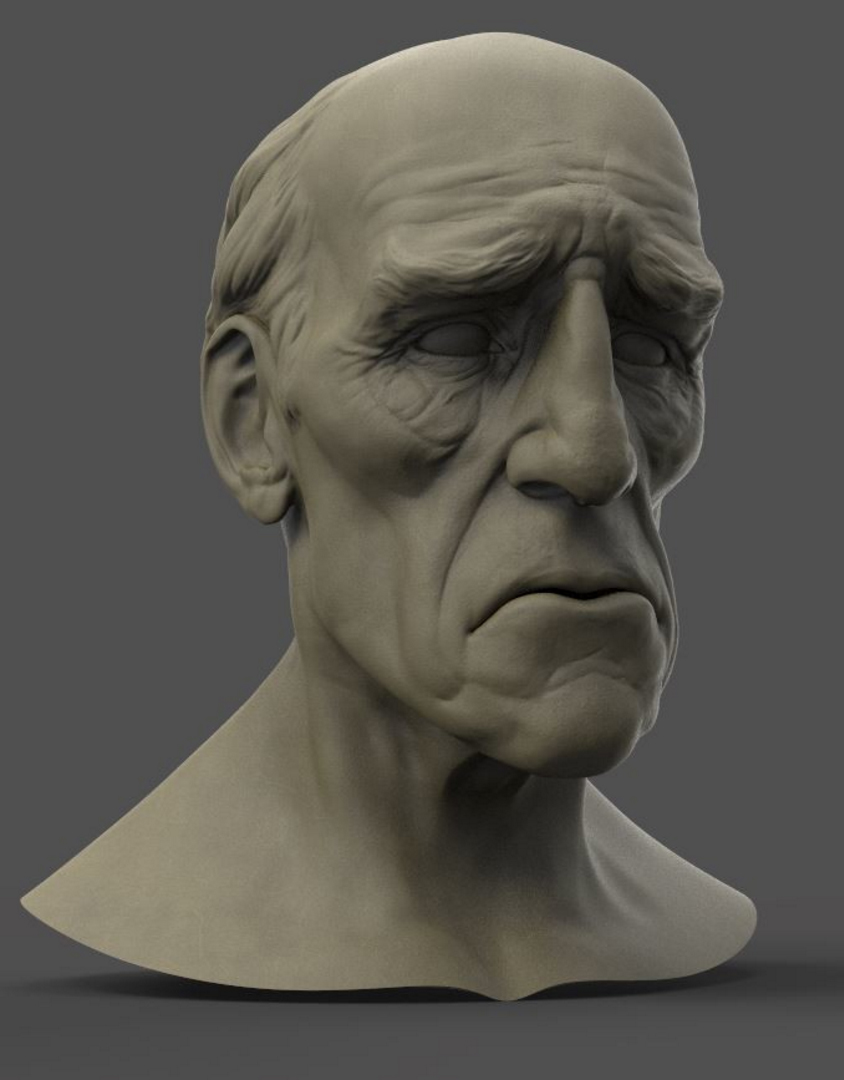 Artella: What are some of the most important lessons you’ve learned in your career? Those little nuggets of information that stick with you that you use and come back to often?

Amy: One of the things I constantly tell myself is to just be patient. I’ll sometimes find myself starting a sculpt or a character or even a bit of retopology, and it just won’t be going right. The younger me would quickly become frustrated and angry at myself. Nowadays I try to take five minutes to relax, and get my mind into a more rational place and do my best to silence the negative thoughts, think about the challenge ahead and work through it. Working when I am angry or frustrated never produces good results for me, and I see it happen to younger artists all the time; they panic and convince themselves that they won’t be able to do whatever they are doing, and then creativity and efficiency all go out of the window.

Another lesson I’ve learnt is not to be precious about my work. This again is something that I think comes with experience, but it’s all too easy to spend lots of time trying to fix something when the foundations are shakey. Perhaps a character isn’t looking right when you are detailing it but you persevere and try to fix it with surface detail when what you really need to do is go back and look at the basic forms, or perhaps you’ve animated yourself into a corner and now you’re trying to make an character do some strange unnatural movement when it would be much easier to reconsider your acting choices. It pays sometimes to take a step back and look at all of the decisions that have brought you to that point, and to not be afraid to chuck out hours of work, because sometimes the ‘nuclear’ option is quicker and provides better results.

Lastly, squint at everything! It sounds daft but if you want to know if the forms of a character read well, or if the lighting on a shot is working, squint whilst you are looking at it! 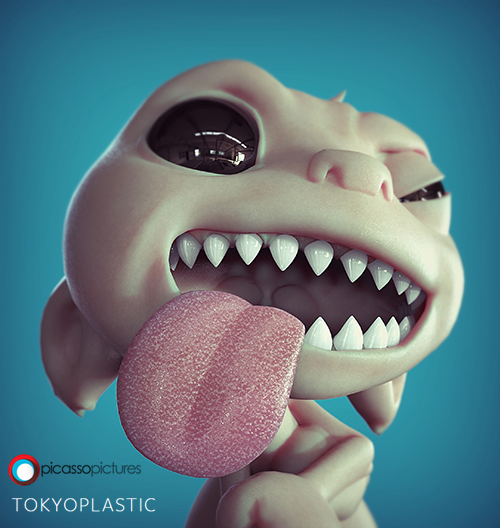 Artella: What’s next in terms of creative endeavors for you?

Amy: Overall this year has been a bit of a fresh start for me. I’m really excited about the possibilities ahead, and I’m enjoying the freedom of being my own boss. My main goal in the immediate short term is to expand my portfolio with more character work; I have some work from the last four months that I’m waiting to be able to show and I have a character in progress at the moment that I’m doing in my own time that I’ll probably try and take a week off from paid work next month to finish. I haven’t done any work for real time engines so I’m really keen to have a model that looks great in a program like Marmoset Toolbag, which I love. And as ever I have a queue of programs I want to learn more about as well, it’s just finding the time!

In the long term I have a short film project that I’d really like to develop. Over the rest of this year I’m hoping to get a lot of the groundwork done for it so that I have designs and storyboards I can use to hopefully get other artists on board. I’ll most definitely be making use of Artella for that!