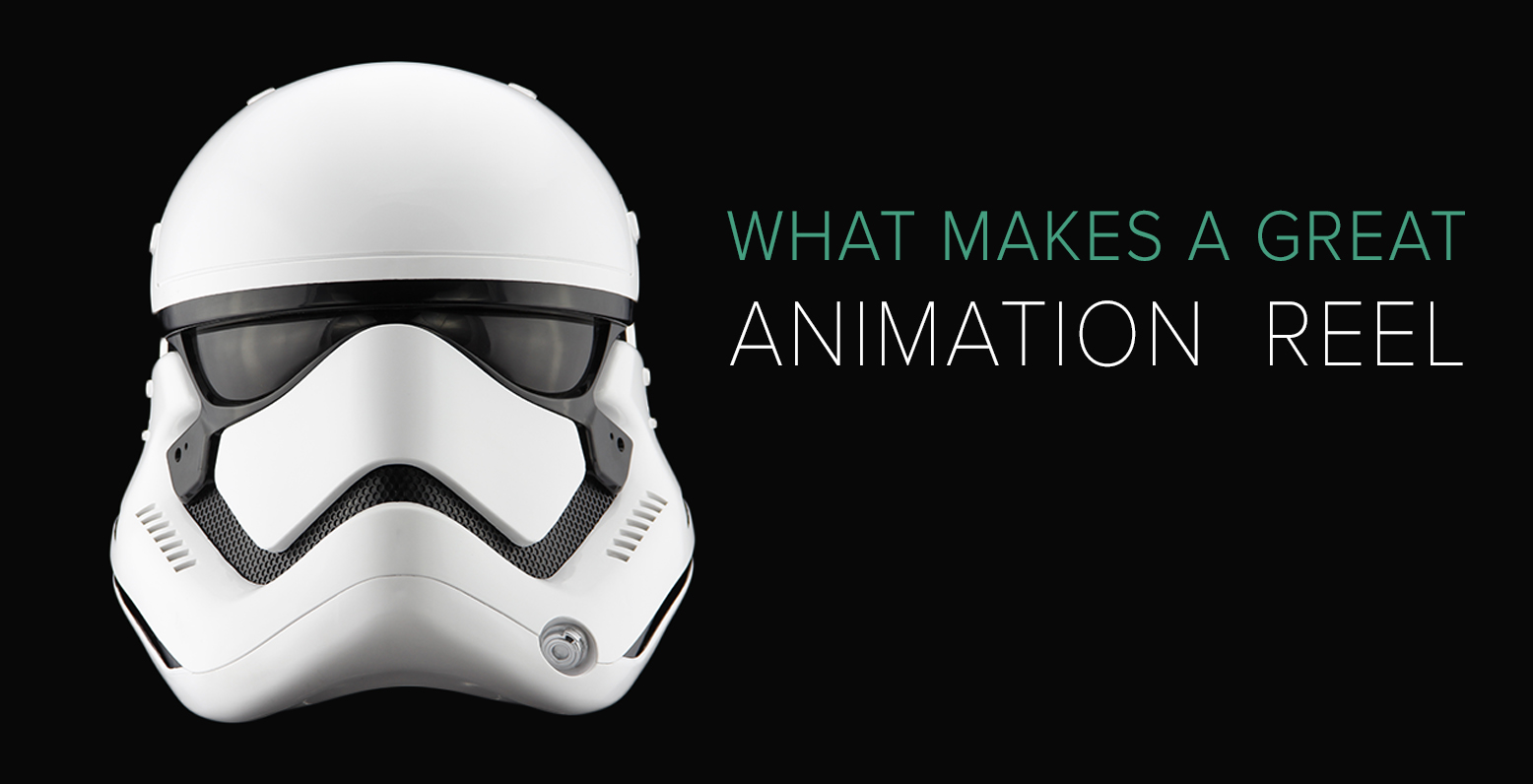 What makes a great animation demo reel? Not an easy question and my subjective opinion on this is not going to guarantee you success, but what I’m personally looking for is – Variety.

You want your animation to be top notch of course, but imagine having a killer piece showing off a sense of weight, but then you show different versions of the same idea over and over until the credits roll. That would not only be boring and an unfortunate use of the audience’s time, but also an ineffective way to present your skills. So even if the animation is great in your first shot you’re not going to bring anything new to the table and sell yourself by repeating the same ideas and the same animation, so variety is key.

Each animation piece should showcase a different skill set. Basic things to cover would be body mechanics, pantomime, lip sync and yes, weight. Any of these elements can be combined of course, but you want to make sure that you are not repeating yourself. That, and your strongest piece should be the first shot on your reel.

Another important aspect to consider is visual variety, as in using different rigs so you have different genders, characters who are old and young, big and skinny, etc. but also creatures (for more thoughts on why creatures, head over here.

Each type will highlight a different type of animation and therefore help you with variety and avoid repetition in your shots.

And you would present these shots in an interesting and entertaining way so that they look like – Shots instead of exercises.

An animated example showcasing this idea would be the clip of Riley from “Inside Out,” by Julian Theo:

I love how we are introduced to the character. We get a glimpse and are immediately drawn to that element, guiding the audience’s focus to the door, the way she pushes the door open shows familiarity with the environment, there’s a great off screen element that she’s reacting to, keeping the audience engaged by forcing us to read her facial reaction in order to understand what’s going on. There is a visible thought process and emotional change shown through her facial performance. We also get a nice physical interaction when the door bumps into her, removing the clean CG feel and giving her a sense of solid mass and a place in this world, plus contrast in movement throughout the shot giving us variety across the board.

All in all a really well executed piece which looks like it could have taken place in the movie as opposed to a shot that looks like an exercise, showcasing your ability to conceive and present work on a production level.
Another great example is Stefan Schumacher’s opening demo reel shot. It’s an older clip by now but still one of my favorites:

I’m jumping ahead a bit in terms of elements that I want to point out, but Stefan’s clip covers full body mechanics on uneven ground, pantomime and thought process and not just motion, switching from ground to air and water elements which affects the animation, plus has a camera move that feels natural in terms of how the character is leading the camera and breaking frame at one point.

Using a movie scene as reference I’d point you to this shot from, “The Inkeepers” by, Ti West:

You’ll see the clip first without any of my commentary and then I’ll add my subjective 2 cents to it.

This clip is a great example of how you can take a regular exercise (in this case a weight assignment) and escalate it into something entertaining which also tells us something more about the character.

When you animate your character, ideally (at least to me) you want to create some form of conflict, a problem for the character. When faced with a problem your character has to make a choice in order to solve that problem, which in return tells us something about his/her… well.. character!

Now, if you expand your shot and you’re adding set pieces, think about how the environment can affect your character and add a new layer to your performance, which brings me to my next point: Environments. 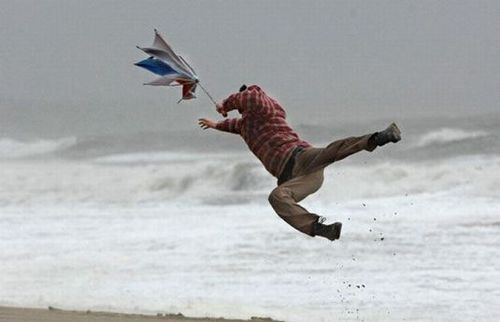 A common set up in animation exercises is to place your character in an empty room, be it for a full body performance or a close up acting piece. As much as I understand that you need to focus on performance and not worry about sets, props, cameras, etc. I do feel that it is a missed opportunity to give your characters more context and a chance to live in a world which in turn affects the character in different ways.

As discussed in the clip below, there is a difference when you come home to your house or apartment and when you get to a hotel for the first time.
You know your home, you know where things are, you move around and interact with things differently because the environment is familiar to you. But if you enter a hotel room for the first time, you don’t know where the light switches are, you don’t know where each room is, it’s all new to you.

So for instance, imagine a shot with a character on the phone, it’s a woman talking to her husband/partner/etc. and the person on the phone instructs your main character to go to the bedroom and to look for the hat he/she forgot.
If it’s the woman’s home she will go straight for the bedroom and know where to find said hat because it’s always hanging on the wall hook next to the walk-in closet.
If the woman is entering a hotel suite for the first time she has to find the bedroom first and then look around the room to find the hat.

Same objective, but different ways to go from A to B.

I’m also talking about how outside environmental situations can add an extra layer to your character’s performance. Imagine getting out of the house and walking to your car. The way you walk and handle yourself is going to be very different if it’s raining like crazy, snowing like crazy, if it’s super hot, super cold, super windy.
Of course you can escalate that and add another layer: your character is late, tired, happy, depressed, distracted, etc. etc.

Hopefully the clip below will be helpful and make you think about how you can expand the world of your character in order to come up with a more interesting and original performance.

Going back and referencing Stefan’s opening reel shot, having an uneven ground plane is also a good way to elevate the complexity of your shot, especially when doing creature shots. For humans it can be stairs, patio steps, sidewalks, etc. for creatures it can be any type of natural ground, or escalate it even further by having a creature go through water, or mud, or a swamp like environment before/after walking on a hard surface.
As you can see environments play a key role in adding variety and can serve as a springboard for ideas.
Going beyond pantomime and body mechanics and venturing into performances based on audio clips, here are my thoughts regarding – Audio pieces.

If you have multiple audio pieces on your reel, think about variety here as well in terms of how you can you use the audio piece. Is your character delivering the line of dialogue or just listening to it? One ties your animation (to some extent) to the rhythm and content of the audio piece, the other frees you up to show a character listening and reacting to it.

Usually audio pieces for lip sync are engaging, with contrast in the delivery, possibly with changing emotions throughout the course of the shot, etc. Typically you want to avoid dead pan line readings, as if someone is reading a manual or presenting… news commentary.
At the same time you could use exactly that! A clip that made the rounds online recently involved funny background actions that beautifully contrasted the main character’s audio delivery, while also adding conflict to the main character and in turn revealing his character (to some extend; we shouldn’t judge him, especially not based on just this clip):

Conflict (or a problem) is important though because you want to – show character instead of movement.
If you have a choice regarding shot design and ideas for your reel, I would nudge you towards shots that expose your character to a problem or anything that shows the audience more character based actions instead of actions that are purely movements like martial arts or dancing for instance, unless performance is not the focus of your reel of course. You could introduce a problem to the character while she/he/it is dancing which would combine a few things and make it more character driven. Or let’s take this clip. A kid just performing in a band can be fun to watch but what do we really get out of it? What do we learn from the character? Now let’s take this situation and add a problem and it becomes more character driven because the character has to make choices in order to solve the given problem, which to me is more interesting to watch:

Full clip can be viewed here

I love the reactions of the kids next to him! Acting is reacting!

These are some elements I would focus on when constructing your reel and deciding what you want to work on and include and I hope that the examples have been helpful!