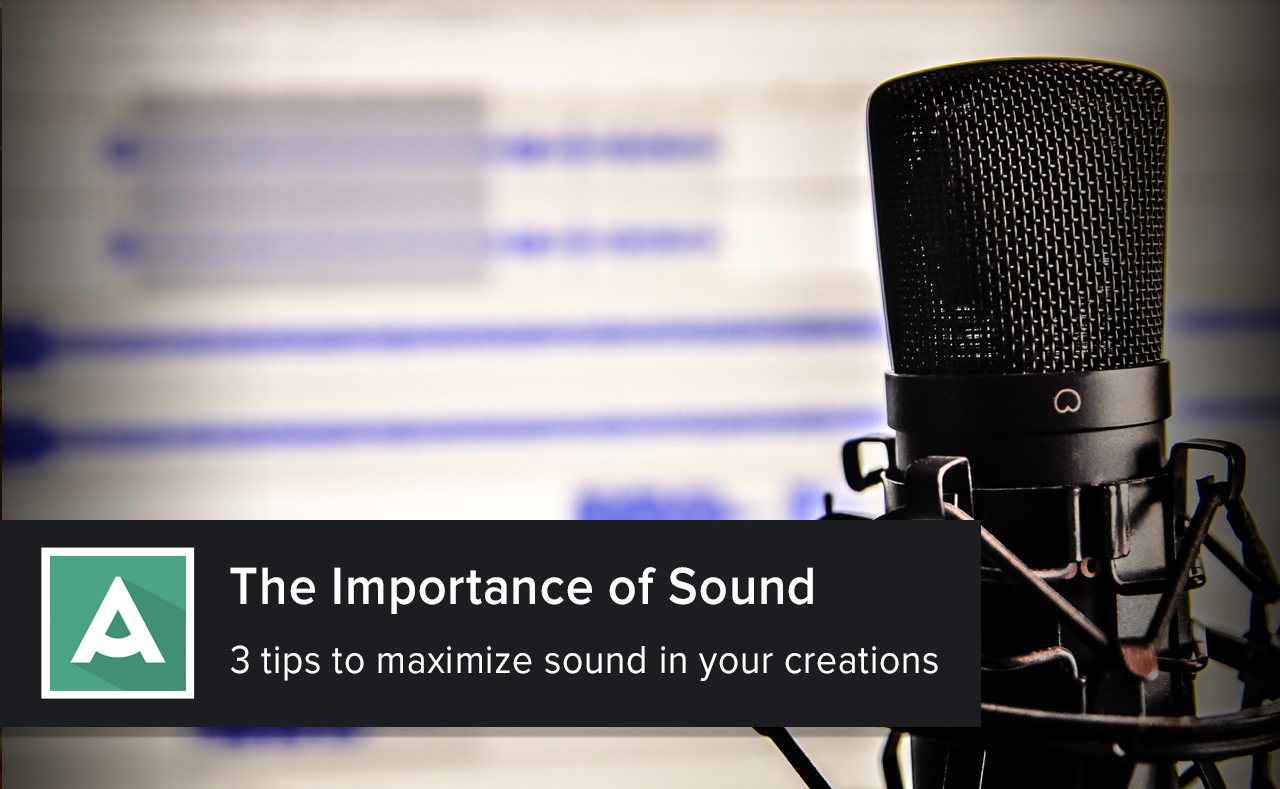 Barring the bone shaking subwoofer of your favorite cineplex, a film is a journey of two senses: sight and sound. Why is it then that the majority of audio-visual productions seem to consider audio as an afterthought rather than an integral component of the experience? If you, like many other people, have always been more focused on what the audience should see rather than hear, then hopefully this post will make you look at your film from a different perspective.

Here’s a few reasons to give sound some serious thought before jumping into production:

If you are a script writer or a director it wouldn’t be unusual for you to be visually-oriented and to think of a film in terms of pictures, light, and movement. This is very common, but sooner or later the sound designer will ask you questions like, “does she live by a highway?” – “what kind of energy powers the spaceship?” – “is the robot equipped with servos or hydraulics?” generating confusion and, possibly, amusement. These are fundamental questions that will give your sound team the right tools to bring out a fitting, recognizable sonic personality for each place, prop, or character, so why not be prepared when the moment to answer them comes? Surely, they can all be addressed during post-production, but thinking of how something will sound beforehand will impart personality to your film while providing all the departments with inspiration to draw upon.

Think of EVE’s soothing, hi-tech sound against WALL-E’s clunky machinery or the T-Rex’s squealing voice against its massive, imposing figure; these are all elements that bring personality and drama to a story, allowing you to create contrasts and come up with characters and places that your audience will recognized with their eyes closed. If you are having a hard time thinking of your film in these terms, try to have a conversation with your sound designer before production starts: their sound-oriented perspective can give you other colors to paint your story with.

POINT OF VIEW (AKA SPICING THINGS UP)

There is a scene in, “No Country For Old Men” [spoilers ahead] where the main character is locked in a hotel room, bag of money in his hand, afraid that his enemy might have found him. As he calls the hotel lobby, the phone can be heard ringing in the distance with no one picking up, suggesting that the receptionist, introduced a few moments before, is now dead. With the camera still inside of the room, a speeding up beeping sound of a tracking device is heard approaching the door together with some footsteps, telling us the man outside the door is the bad guy. After much tension, an armed fight ensues.

The scene is long, there is no dialogue and no music, so what makes it work so well? As spectators we feel as sensory deprived as the main character: just like him, we can only rely on our hearing to figure out what’s going on and there is no dramatic music to tell us what to feel other than the terrifying sound of a tracking device suggesting the impending danger.

Cutting between the good guy and the phone ringing, showing closeups of the man approaching the room wielding a gun, or having music underscoring the scene would have been fine and probably a more conventional choice, but by sticking with our main character we experience the drama through a specific point of view rather than as passive spectators.

Try to take a scene or experience you are creating and think about how your audience could experience it from a sonic perspective rather than a visual one. You might come up with solutions you wouldn’t have otherwise considered.

Hearing things off screen can be a big time and money saver. By focusing on already existing or easy to animate assets, we can create a whole world of menacing creatures, spectacular explosions and supernatural events without having to spend a single frame showing them. Clearly, having a whole movie made of face reactions when everything else is only heard is no fun, but, should time or money be a problem, an experienced sound designer will be able to suggest where in the script this compromises could be made without butchering the story, giving you the chance to plan ahead and save your resources for more essential tasks. You’ll be amazed at how effective this can be when supported by a distinctive sound and some smart directorial choices.

Of course this all goes out of the window if your budget is infinite, which we all know is usually the case anyway.

I like to see the look on a director’s face after I’ve given them a sonic idea that brought new colors to the scene. It’s as if a sleepy part of their critical thinking has now been awakened and given them a new way to look at things for their future work, in perpetuity.

Next time you watch some of your favorite movies keep your ears open: you will often find that a great piece of storytelling is such because their creators took full advantage of what you see as well as what you hear.