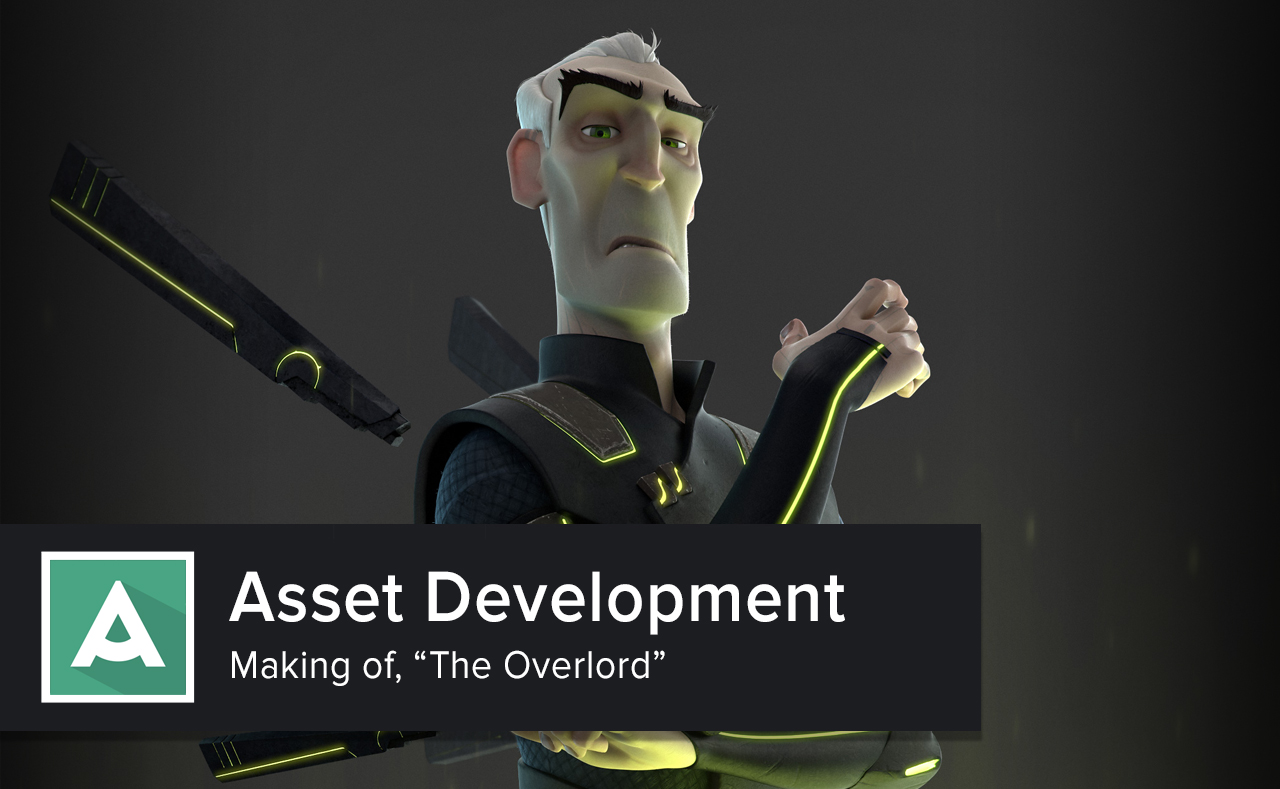 At Animation Mentor one of our goals is to bring exciting and fun 3D characters to our students to animate with. Early this year we set out to design, model, and rig a set of three new characters. We were given the opportunity to use Artella for all asset development for this project, and we were excited to see how the Artella platform could help us streamline production. We just wrapped on the first character and I want to share our experience and share things we learned along the way.

My role as the director of the project was to define the various workflows on Artella between artists and to ensure there was good communication and movement in each stage of development. Our team was relatively small at a total of seven artists including myself, however we were spread out all over the world: United States (East and West coasts), Colombia, and Spain, all in different time zones. One of the first things we did to ensure good and clear communication was to institute a weekly video conference online. Depending at what stage we were in, different artists would be invited to that meeting. I wanted to be respectful of people’s time and only invite them to a meeting when required. We used email to communicate as well, however that meeting was a huge factor in keeping the project on track and moving forward.

For this project we were starting with a blank slate and had to design, model, surface, and rig three characters from scratch. I had to keep the entire pipeline in mind as we developed our workflows between each of those stages.

During the early concept stage I created a folder on our Artella project to house all the character designs that were being created. Because Artella provides a thumbnail view of each image, it was easy to quickly scan and see how the designs were progressing, and how one character compared to another. To help facilitate that review process I found it best to always add the new designs as a unique upload, versus versioning up a particular image. Artella allows you to easily version up a single file and then right-click the file to swap between versions, but I wanted to be able to quickly see all designs at the same time all right next to each other.

Once we had a final design for the first character (the Overlord), I was ready to set up the asset workflow for that character. Based on our schedule and artist availability, I needed to setup a workflow that would allow for simultaneous development across a few of the stages. Specifically I needed the surfacing artist (shading and texturing) to be able to work alongside rigging, and ensure the artists weren’t stepping on each other’s toes.

If you don’t need parallel workflows (more than one artists working on the asset at the same time) I recommend keeping it simple as Artella proposes and do modeling/rigging/surfacing in the same file as you avoid having to bake it down.

Let me breakdown what that means, starting with the model to rigging stages. We had a basic model file to house the character geo and all UVs. The first stage of the pipeline required modeling and UV work to be taken to final before we could move on to rigging.

We then imported the final model into our rig file. It was important to keep the model and rig files decoupled to maintain a clean workflow. This allowed us to have some flexibility in case any geo/edge loop changes were required. We could make the change to the base model file, then import that back into our rig file and transfer the weights back over. If we had instead referenced the model into the rig file, or had done the actual rigging within the model file, we would increase the risk of lost work if changes were required.

One note on rigging. At this time Artella doesn’t have a tool to track rig notes and I highly recommend that you create a Google spreadsheet to track, organize, and prioritize said notes. Artella provides one publicly that we used. If you leave tracking of those types of notes to email or messaging, you’re going to quickly lose track of which ones have been completed, which ones you need to follow up on, and which ones are just nice to have.

Once rigging was underway, I created two surface files that referenced the rig. One surface file was used to develop the Arnold shaders, while the other surface file would later house just the baked down anim shaders. The reason I always keep these surface files separate is to ensure the animation version doesn’t contain any plug-in nodes that animators aren’t likely to have. With Autodesk acquiring SolidAngle (Arnold), this will likely be a moot point in the future, but for this project it was a requirement to keep this separation.

I use a workflow I call “shot ready,” where I “bake” (or flatten) out the surface/rig files into a single file I can then deliver to our students. This usually starts from the surface file that contains the animation shaders (and not the Arnold shaders). I import the referenced rig file, save it as a new animation ready file and do some basic cleanup and testing to ensure this standalone file is ready for animators to work with.

I always work with an experienced animator to provide rigging QA notes which provide invaluable to ensure all minute details are covered along the way. Having that outside perspective has helped us from painting ourselves into a corner early on. I recommend bringing on someone like this as soon as rigging starts. Don’t wait, or you may start going down paths that are hard to recover from.

Once the rig was ready for testing we brought on one of our incredible Animation Mentor students, Lorenzo Franco, who was kind enough to do the great character test below.

Artella made it incredibly easy to stay on top of things and to make sure I always had the most up to date version of each stage of the pipeline. I work across three different computers, and at the click of a button I was guaranteed to have what I needed to keep working, or provide feedback to the team. I have another project I’m currently working on where I’m not using Artella, and keeping track of asset versions and locations is a nightmare (time to move it over 🙂 . I can’t stress enough how important it is to define a clean workflow and to keep your assets organized. Artella makes it a breeze to do that, and facilitates collaboration with its many tools and social connections.

I highly recommend the Artella platform for anyone doing distributed and remote productions. I can’t wait to continue to share the progress of our next character, The Enforcer, but that will be for next time!

2 thoughts on “Asset Production: Collaboration that works Project: The Horde”